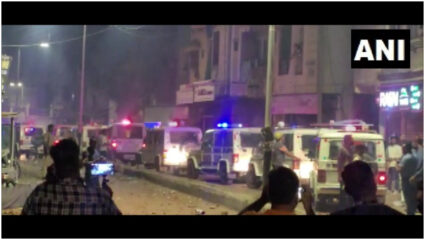 Vadodara: In Vadodara, Gujarat, there was a lot of ruckus on the occasion of Diwali. The miscreants threw petrol bombs in front of the police and beat them up fiercely. In this case, the police say that no arrest has been made in this case so far. CCTV cameras are being investigated. The miscreants were creating a ruckus by turning off the street lights. Presently the investigation of the matter is going on.

DSP Yashpal Jaganiya told that the incident of stone pelting was found near Muslim Medical Center in Panigate. Police reached the spot and started action. The situation is completely under control, CCTV cameras nearby are being investigated. People present on the spot are also being questioned.

At present, this incident is being called community. On the occasion of Diwali, some unidentified miscreants started creating ruckus in the area. He had turned off the street lights. Meanwhile, the miscreants also threw petrol bombs in front of the police who reached the spot. Even before this, there was community uproar in Gujarat on the occasion of Navratri.